Electric Vehicle Drivers Are Among The Happiest Owners

Journalist specialising in electric mobility, recognised as one of the first YouTubers covering this topic, with more than 300,000 views on her channel. 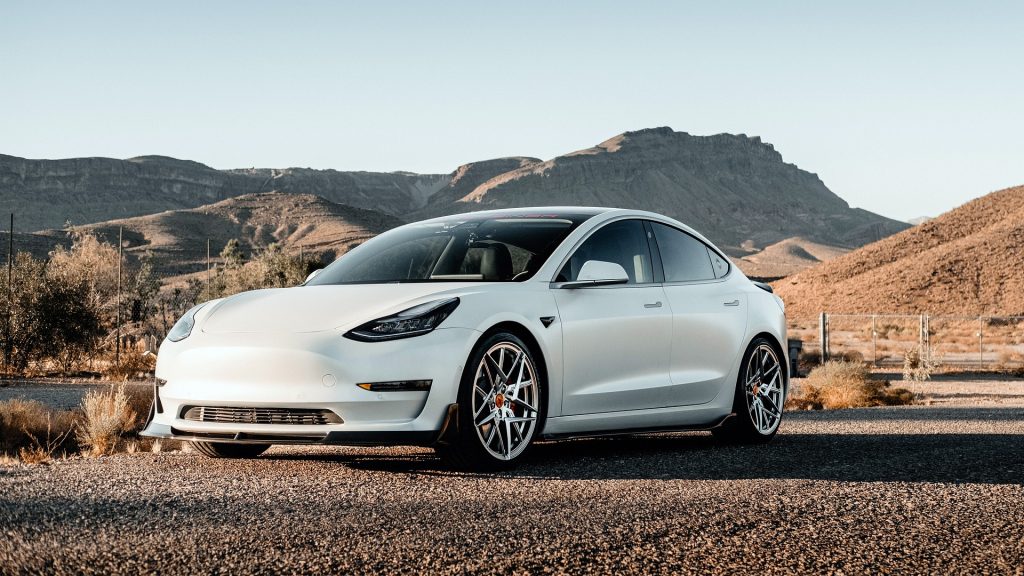 The automobile is perhaps the most revolutionary invention of the 20th century, although the origin of its different versions of propulsion (steam, gasoline, or electricity) are even earlier. However, it was not until the 1910s that the population began to see this individual mode of transportation as useful. Little by little, and in parallel, Europe and the United States started to work on creating an entire industry with different manufacturers and hundreds of models that we have at our disposal today. It was a revolution that seems distant today, but it has turned a useful element into something of value, prestige, and distinction.   Thus, the relationship of the individual with the vehicle has been transformed, the latter becoming an object of desire rather than of utility. Its design, its color, and features have become elements of substantial value for the buyer. Sometimes, these elements are much more important than the price.   Manufacturers know this, as they have been working based on the emotions of their potential customers for decades. Remember that commercial of a well-known German brand in which the viewer was asked if he liked to drive. You could barely see a hand flying through the air out the driver’s window and in the background, you could hear the mere sound of the wind. Feelings, desires, that’s what they were really selling.   The method of attraction is similar with the arrival of the electric vehicle, but now the brands appeal to the sense of environmentalism and the preservation of the planet that these types of drivers have in common.   Although still emerging, the electric motor is renewing the automotive industry. The company is turning its production strategy towards the manufacture of  pollution-reducing vehicles, as well as seeking common ground with these new customers, offering them not only the change of propulsion type but also increasing the number of models and features of the new vehicles.

The electric motor is not something new. Between 1832 and 1839, Robert Anderson invented the first and very rudimentary electric car powered by non-rechargeable battery cells.

Although this innovation did not come together at that time, today the implementation of the electric vehicle is growing exponentially. Thanks to the development of battery technology in these vehicles, a critical moment has arrived.

It is logical to look at the sociological theory of the disclosure of innovations, as it tells us how, why, and at what speed new ideas spread in a given culture or society. For that matter, the disclosure of this technological change in the propulsion system of vehicles is becoming more and more popular as thousands of adept drivers are seeing the benefits of this technology.

Here, the key is the divulgence led by the first followers. They are also called innovators or early adopters, who provide press coverage of the certain pros and cons of an innovation. This, in the case of electric vehicles, has been fundamental in the rapid evolution of this technology. They have created a new need in the market. Accordingly, we know that the electric vehicle market has finally found its moment, and its implementation is now a reality. Thus, by 2021, 25 new models of electric vehicles are expected to reach the market. This is an improvement that not only translates into a greater range of vehicles but also provides a greater variety of sizes, features, and prices for the consumer. And the high purchase price was precisely one of the challenges facing the electric car. This issue is no longer the exclusive crux of the purchase decision. Manufacturers such as the PSA Group have presented more affordable models such as the e206 through their Peugeot brand; Volkswagen has presented new models with its ID or Opel range, with several cheaper options such as the Corsa-e already on the market, or the Mokka-e that arrives in 2021. And above all, the brands have opted to design models with new platforms, instead of using electric-based versions of  their thermal models. This means that new models have been designed from scratch, taking into account the greater volume and weight that batteries provide. These are normally placed on the floor of the vehicle, giving a lower balance point and greater stability. Therefore, the new models that will arrive in 2021 will provide greater spaces in the passenger compartment, and by replacing the combustion engine with an electric one of much smaller size, there will be more free space to redistribute in other areas of the vehicle.

The Emergence Of The Model 3 Has Been Spectacular

Tesla, as on other occasions, has shown technological muscle. It broke sales records with  the launch of the Model 3 in 2019. With its smallest sedan version to date and also a more affordable option, Tesla fulfilled the best forecasts of the American brand for that year. In total, Tesla delivered 357,500 electric vehicles in 2019, 50% more than the previous year. Specifically, if we review the data only for the fourth quarter of 2019, Tesla delivered 112,000 electric vehicles, of which 92,550 were of this particular model. As for our country, the outpouring of Model 3 deliveries followed one after another throughout the second, third, and fourth quarters of 2019, ending with 1,687 units registered in total and a market share that stood at 16.79%. This is a spectacular figure, not only for the brand but also because it managed to position the Model 3 as the sales leader in 2019, displacing the already classic number one sellers at that time, such as the Nissan Leaf and the Renault Zoe. This is an achievement that is largely due to three factors: prestige, autonomy, and the concept of affordable luxury. Not only did Tesla successfully sell an electric car, but it also sold a world-class technological product through a sales channel never used before by the automotive industry: the Internet. The American brand opened the door to the online sale of vehicles, adding new value to the future evolution of the sector. But before getting a Tesla, electrical vehicle drivers dreamed of buying from traditional brands in the past. However, the brands with which they were affiliated did not take the necessary steps in time, and they also did not know how to see the market need so quickly; therefore, they lost those clients in favor of the American brand. But how did Tesla do it? Without going into overly complicated marketing theories, what the brand led by Elon Musk did was selling illusion, selling the future, and selling innovation. It is also important to say that, surely, the broadcast scandals carried out by some of the giants of the industry were not of much help for his reputation. In this sense, manufacturers must rebuild the bonds of trust that they once had with their customers, because, curiously, the customers of automotive brands are surprisingly loyal. This is what Kyle Keogh, who is responsible at Google for advertising campaigns for the automotive sector, confesses. According to him, “41% of customers loyal to his automotive brand feel completely determined when they start the search for a new car, meaning that if that connection is built, they will already have those customers won over for the next purchase”. That is why it is so important for major brands to renew relationships, reconnect with their customers, and retain them through firm and lasting loyalty. Surely this would transmit the idea of ​​innovation again.

The Electric Car As An Emotion

Curiously, the electric vehicle is not only bringing a new transport model with it, one that is more efficient and less polluting, but it is also presenting itself as a new, more pleasant, and relaxed driving experience. The electric motor offers very specific benefits that are an advantage for drivers. The electric car lacks a gearbox and clutch, which, in addition to avoiding possible future breakdowns that make maintenance more expensive, greatly simplifies driving. The same happens with acceleration: the electric motor takes the electrical energy from the battery and passes it to the converter, which is responsible for converting direct current into alternating current. Then, from the motor, it transfers to the rotor and the wheels. This type of energy achieves a smooth and progressive movement which encourages relaxed driving; not to mention that the electric motor does not need a controlled explosion like the thermal engine does, which avoids the annoying noise. Silence is therefore one of the essential characteristics of this type of vehicle. A more leisurely driving experience without accelerating or braking would also make  electric vehicle drivers happier, according to drivers’ claims. Since a driver’s tasks often consist of accelerating and braking, this would allow for a more pleasurable and relaxed trip. This is a form of driving that advances what many brands are already working on: an autonomous driving system. Tesla’s is once again the most advanced, and with their Autopilot systems in versions 3 and 4 already being developed and tested, this all but  implies that the vehicle drives itself. For that matter, technology is not the biggest obstacle here; it is instead the legal implications for insurers that are slowing down this revolution.

The Future Is Moving Towards A More Sustainable, Autonomous, And Safe Type Of Mobility

In 2021, practically all car brands will have one or more fully electric vehicles available in their lineup, which will allow drivers to choose according to their preferences and personal economic needs. On the other hand, the Spanish government’s plan to install up to 100,000 charging points throughout the country in the next two years heralds a more optimistic outlook regarding the current electric vehicle charging network.

These points will also support higher charging powers, as many vehicle models already allow charging at 100 or even 150 kWh. This will allow for ultra-fast charging, a development that will help break the psychological barrier that maintains the belief that there are no charging points available; this will also help grow the number of purchases of electric vehicles.  But it will also represent a sigh of relief for those already driving electric vehicles because it will help solve the anxiety of longer trips  that these drivers experience. 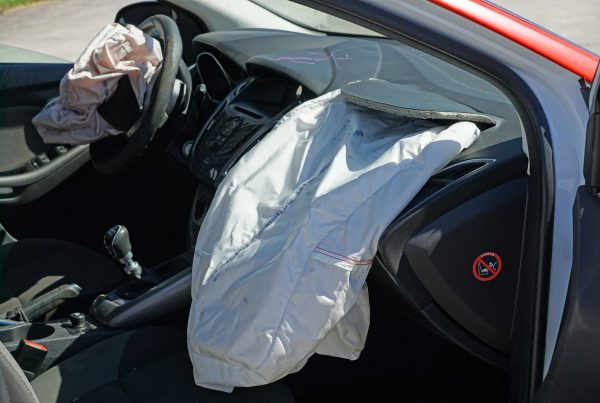 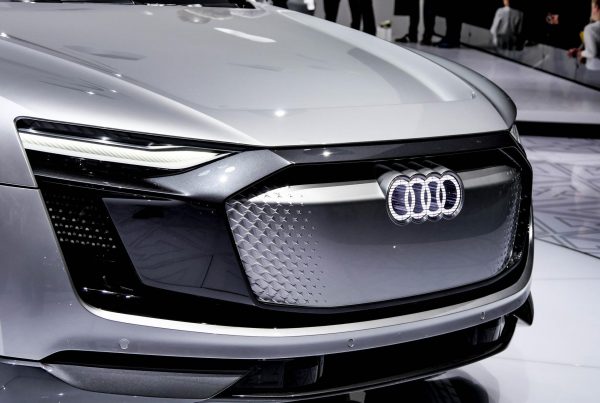